1. It's time for bed, at least that's what Dad keeps saying.

2. Work; it's not a bad place for earning money.

3. I must be crazy to keep doing something I hate.

4. Being a God-follower is the best thing I have ever known.

5. My idea is simply to get things organised in my room, actually now that I think about it, it's not that simple after all.

6. The last time I laughed really loudly was on Wednesday night when I was out with the other GNG leaders and Jess ended up with chocolate dyed jeans!

7. And as for the weekend, tonight I'm looking forward to relaxing with a movie or something, tomorrow my plans include sleeping in, unpacking boxes and arranging things in my room (this is still from when we moved last month and I still can't open my curtains) and Sunday, I want to plan GNG for this week, fellowship and learn at Church and relax in the afternoon, although if anyone was offering to do something I'd be up for it since my social life as dwindled while Jenny is overseas!

Thought about by Beth 7 comments

Light as a Feather

1. It is not the end of the world, when you break a nail.

2. Sitting here, listening to the sound of rain falling, I relax and dream.

5. Sunrises and sunsets are breathtaking, really.

6. Well, maybe there is more to life than the drudgery of work.

7. And as for the weekend, tonight I'm looking forward to card making with my friend Liz for her "Night Before Christmas in July", tomorrow my plans include going to the Melbourne Quilt and Craft Fair with my Mum and sisters (girls day out) and Sunday, I want to have an amazing breaky with my fellow GNG leaders, fellowship with others at Church, hear the teaching from the Word and have a relaxing afternoon!

Thought about by Beth 3 comments

1. Law of Mechanical Repair - After your hands become coated
with grease, your nose will begin to itch and you'll have to
use the bathroom.

2. Law of Gravity - Any tool, nut, bolt, or screw, when
dropped, will roll to the least accessible corner.

3. Law of Probability - The probability of being watched is
directly proportional to the stupidity of your act.

4. Law of Random Numbers - If you dial a wrong number, you
never get a busy signal and someone always answers.

5. Law of the Alibi - If you tell the boss you were late for
work because you had a flat tire, the very next morning you
will have a flat tire.

6. Variation Law - If you change lines (or traffic lanes),
the one you were in will always move faster than the one you
are in now (works every time).

7. Law of the Bath - When the body is fully immersed in
water, the telephone rings.

8. Law of Close Encounters - The probability of meeting
someone you know increases dramatically when you are with
someone you don't want to be seen with.

9. Law of the Result - When you try to prove to someone that
a machine won't work, it will.

10. Law of Biomechanics - The severity of the itch is
inversely proportional to the reach.

11. Law of the Theater and Hockey Arena - At any event, the
people whose seats are farthest from the aisle arrive last,
and they are the ones who will leave their seats several
times to go for food, drink, or the bathroom and who leave
early before the end of the performance or the game is over.
Those in the aisle seats come early, never move once, have
long gangly legs or big bellies, and stay to the bitter end
of the performance and beyond. The aisle people also are
very surly folk.

12. The Starbucks Law - As soon as you sit down to a cup of
hot coffee, your boss will ask you to do something that will
last until the coffee is cold.

13. Murphy's Law of Lockers - If there are only two people
in a locker room, they will have adjacent lockers.

14. Law of Physical Surfaces - The chances of an open-faced
jelly sandwich landing face down on a floor covering are
directly correlated to the newness and cost of the
carpet/rug.

15. Law of Logical Argument - Anything is possible if you
don't know what you are talking about.

16. Brown's Law of Physical Appearance - If the clothes fit,
they're ugly.

18. Wilson's Law of Commercial Marketing Strategy - As soon
as you find a product that you really like, they will stop
making it.

19. Doctors' Law - If you don't feel well and make an
appointment to go to the doctor, by the time you get there
you'll feel better. Don't make an appointment and you'll
stay sick.

I find number 18 to be completely true. It happens to me all the time, especially as relates to clothes.
Thought about by Beth 0 comments 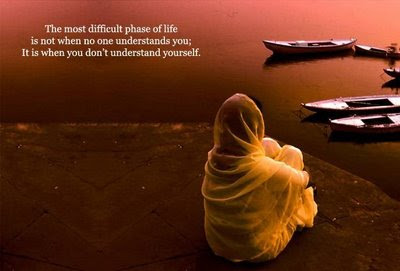 Thought about by Beth 0 comments

Links to this post Labels: inspiration, life, musings, pondering, self, thoughts
Email ThisBlogThis!Share to TwitterShare to FacebookShare to Pinterest

1. Soup and toast make a quick and easy dinner.

2. The Yada Yada Prayer Group Gets Real is the book I'm reading right now, although at the rate I read I will probably finish it tonight (check out my Shelfari Shelf for more great reads).

3. July brings back memories of going back to school in winter (Brrrr ... it's cold outside).

5. They say if you tell your dreams they may not come true. Hmm ... I don't think I want all my dreams to come true, some of them are scary.

7. And as for the weekend, tonight I'm looking forward to staying at home with the family, tomorrow my plans include shopping for a laptop and Sunday, I want to fellowship and relax and maybe play with my new laptop (if I get it)!
Thought about by Beth 1 comments

2. Bookshelves is something I recently bought, which you would know if you have read my previous Friday Fill-Ins.

4. Dad was the first person I talked to today, unless you count cats, and then it was Rosie.

6. My new scarf gives extra comfort on these cold days we have been experiencing of late.

7. And as for the weekend, tonight I'm looking forward to maybe watch a DVD, tomorrow my plans include going to the circus with a friend and her 5 kids and Sunday, I want to go to my home church and catch up with friends and maybe some sleep!
Thought about by Beth 2 comments

Yes, I can relate to that. I feel like some parts of my life are in a rut - like my career and job.
Thought about by Beth 0 comments

1. When I heard the music start I just had to get up and dance!

2. Laughter is the best medicine.

3. It's late, but I just have to finish reading this book!

5. My eyes have seen many beautiful things.

7. And as for the weekend, tonight I'm looking forward to relaxing, tomorrow my plans include baking and shopping and Sunday, I want to got to the baptism of my adopted nephew and have lunch with his family then ... whatever else happens!

Last weekend Ikea was mostly good. I got my bookshelves and a few other things, but was told that one item that I wanted had been sold out before I got there.

They don't offer online ordering, or postage of items when they come in, so I ended up going back again on Tuesday afternoon. Once again the things had been sold out before I got there, but was told there would be more in stock the following day. I was very disappointed and a little mad. I don't live locally to the Ikea store, infact I had to drive to the other side of the city - which is not an easy drive. The most frustrating thing is that these were a single component of a Malla organiser - the small drawers that either fit in the shoe size organiser or side by side in the larger organiser. They had heaps of the organisers and large drawers available, but barely any or the small drawers that I needed. Surely someone would think about the stock levels and apparent demand and order from head office accordingly?!

As a result of this I am currently having to use Komplement organisers which are actually a little small and don't quite look right being a different colour.

I wasn't just going back for that one item (which I actually need 3 of), I also needed some extra shelves for my bookshelves to maximise the available space.

I did get a couple of bargains - some curtains marked down from $69 to $13 because they are a discontinued line!! I got 2 sets, one being the display model. I only need one set as curtains, but the other I plan to make into a new doona cover. One set was missing the tie-backs, but I didn't mind since I only need one set of those.

I'll post some photos when I've got my room organised. I'm still unpacking boxes and arranging my room, so I don't want to put any up until I can show you the finished room.

I've also discovered a new Melbourne based store called Lightly that sells ornaments and tableware. I've ordered 2 of the Chrysalis Butterflies made from recycled saucers. I have not idea exactly what they will look like because each one is different. All I was able to specify was colour and whether I wanted plain or floral. I wonder what they will look like?

Thought about by Beth 0 comments