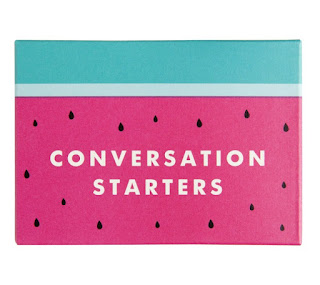 A music question this week, which I find very difficult to answer:

And the reason I find it hard to answer is not because I don't like music, rather my taste in music is very eclectic and I vary who I like. Mostly I just have favourite songs for a time; I've never been set on one particular band or musician. From time to time I post videos of some of the songs that touch my heart or that I've been thinking about. So I'll leave you with one that has been on my mind of late.


Thought about by Beth 0 comments

No forgetting this week!

The question on the card is:

What's the best thing about your family?

The best thing about my family is that when things need to get done we band together. If someone is having a crisis or just a bad day; if there is celebrating to be done; whatever the case may be we are there for each other, making sure what needs to be done, is done.
Thought about by Beth 0 comments

Get Talking - Family and Thankfulness

Oops! I missed last week. But I'll do double this week.
So, first question:

What's a family tradition you love?
One of my favourite family traditions is that every year we make a new Christmas tree decoration for each family member. I love it because our tree tells a story of the years gone by. We haven't done it every year, but we started in 1992, and since 2003 we have had a new decoration every year. Most are hand made, but some are memory things, like where the item was bought or the year my sister used clear glass balls and put the name of each family member inside. When it comes time for me to start a family of my own, I will have my decorations to use and keep the memories going. Yes, our tree looks very eclectic, but I like it that way. I'm not someone who likes a perfectly colour coordinated and matching tree.

Thought about by Beth 1 comments

Links to this post Labels: Christmas, family, Get Talking, God, memories, thankful
Email ThisBlogThis!Share to TwitterShare to FacebookShare to Pinterest 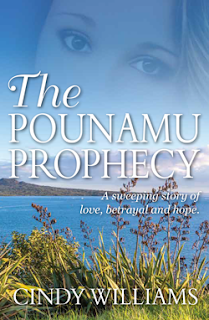 Since she watched her village burn to the ground, Mere’s life has been anything but dull. Now as an older woman she has come to stay with Helene and James to finish writing her life story – a tale of injustice, revenge and
reconciliation.
But Helene and James have their own problems. After five years together, their marriage has become dull, predictable, boring … and it starts to unravel.
Weaving fiction with the traumatic history of the Ngati Whatua tribe of Auckland, The Pounamu Prophecy sweeps from the sultry heat of Australia to the verdant shores of New Zealand. 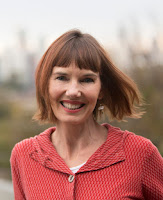 
Cindy Williams lives in Sydney with her husband and teenage son.
As a child growing up in a culturally rich part of New Zealand she enjoyed writing, not copious screeds, but short intense pieces that brought tears to her eyes and made people think. She marvelled at the power of words to inspire far beyond the intentions of the author.
Then she became a dietitian – all science and seriously researched facts. She completed a Master of Public Health and a Graduate Diploma in Communication and spent many years encouraging and inspiring people to live a healthy life.
She writes a nutrition blog – www.nutritionchic.com – and is working on her second novel, set in first century Israel. She teaches scripture in schools, and swim and cycles. She is also studying for a Diploma of Theology and trying to improve her abysmal French!

It is sad to think that in every culture there is some form of discrimination based on race and that every generation sees (or doesn't see because it is covered up) attempts to rid the world of a particular race or culture. This book deals with some of that as the story of the past and present are intertwined.

I wasn't sure about reading this book initially, but I have grown to appreciate many things from it - like the message of forgiveness.

Well done, Cindy, for sensitively dealing with the issues you have presented through this story.
Thought about by Beth 0 comments